Good king Josiah had instituted sweeping reforms which were removed by his successors. The land was full of violence & oppression. The people despised God’s provision as Jehovah-Jireh, so He could not be to them Jehovah-Rophe, who heals. Without Jehovah-Nissi, their banner, they were defeated at every turn. Refusing to sanctify themselves to Jehovah-M’Kaddesh, their sanctifier, they became corrupt and degenerate. Forsaking Jehovah-Shalom, their peace, they were torn by internal dissension & violence. Consequently, they fell before their enemies.

Jeremiah declared (Jer. 33:6-26) that, in spite of her rebellion, Judah would be healed, cleansed, victorious, at peace, and made righteous because God’s kingdom would be spiritual, not political, and righteousness would not be of themselves but of the true king, Jehovah.

This word “righteousness” signifies God’s dealings with men under the ideas of justification and acquittal (not just the limited meaning we usually apply). In Deut 25:15, their righteousness, put into practice, was one of the conditions of prosperity and continuing to live in the land. Modern orthodox Jewry still sees God as weighing their good and bad deeds on a scale, the verdict coming on the Day of Atonement.

Therefore, God must supply the righteousness He requires. 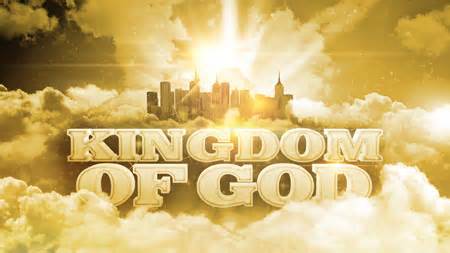 Isaiah spoke of a servant who would be wounded for our transgressions and bruised for our iniquities. Upon Him Jehovah would lay the iniquity of us all and would make His soul an offering for sin. This servant is called “my righteous servant” who would justify many by “bearing their iniquities.” Who could this be? The righteous branch of David and the King of Jer. 23:5 (Jehovah-Tsidkenu), Jehovah our righteousness.

Israel understood that mere punishment for sin doesn’t cleanse a sinner. The righteousness of the innocent sufferer must be transferred to the sinner if he is to be declared “not guilty.” This is where we are introduced to Jesus, our Jehovah-Tsidkenu. He represented us before God. In Him, we met our obligations to God. What we could not do for ourselves, He did for us. His righteousness was bestowed upon us as a free gift that is received by simple faith in Him, who He is and what He has done for us. Israel’s great sin was in seeking to establish a righteous of its own instead of submitting to the righteousness of God (Rom. 10:3). May we not be guilty of the same thing. Our righteousness comes from Jesus, our Jehovah-Tsidkenu.