Considering the origin and most common practice of Lent, is it what God desires?

What to Give Up

From Ash Wednesday through Holy Saturday just prior to Easter (roughly 40 days), Anglican, Eastern Orthodox, Lutheran, Methodist, Moravian, Oriental Orthodox, Reformed, and Roman Catholic, and some Presbyterian churches celebrate Lent. While its “official” purpose is to prepare the believer for Easter through prayer, doing penance, mortifying the flesh, repentance of sins, almsgiving, and a host of denials, it is the last that is most commonly practiced. That is, giving up something for Lent.

Ever wonder how the observance of Lent originated? One account I have heard often goes back to Nimrod (Gen. 10:8), whom historians have identified as being responsible for the construction of the Tower of Babel (Gen. 11:1-9). After his death, his proclamations while alive led people to believe that he had actually become the sun god and had miraculously impregnated his wife, Semiramis, who was still alive, by sending his sperm to earth on a sunbeam. Word spread that their miraculous son, Tammuz, was killed by a wild boar, causing Semiramis to weep for forty days. Over time, this period of mourning was adopted by a host of other pagan groups that used it to fit their beliefs. Eventually, it made its way into the churches listed above. 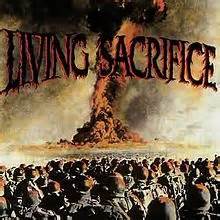 This same human attitude that is brought into Lenten observances is carried over to what we view as the ultimate sacrifice-giving our lives to prove our faithfulness. Sometimes, especially on the other side of the globe, followers of Jesus Christ are forced to give their lives in order not to forsake their Savior. This, however, is not what our Lord values most for His children. For God’s true children, it is of no value to Him if we give up our lives before His plans for us are completed. His desire is for living sacrifices, not dead ones. We may think that dying for our Lord is the highest honor possible, but God desires that His children be identified with the death of His Son so they become sacrifices to God while they are alive.

In the long run, what God’s desire for us is a life of self-denial and cross-bearing so that the new life He placed within us when we received Christ can reign daily within our mortal bodies. What is this new life? It is nothing less than the life of Christ Himself, manifested within us by the Holy Spirit. How do we allow Christ to be our life? By walking in the Spirit and denying the desires of the flesh.

So, what, specifically should we give up? Our right to ourselves. If we claim Jesus as our Lord, then we must acknowledge that He purchased us with His blood on the cross. We belong to Him. We have only one right that we deserve to maintain, and that’s the right to remain silent. I’m just sayin.”

Dolphins are so smart that within a few weeks of captivity, they can train people to stand on the very edge of the pool and throw them fish.