POLL: Majority of Democrats Says Joe Biden is Their #2 Choice for Nominee 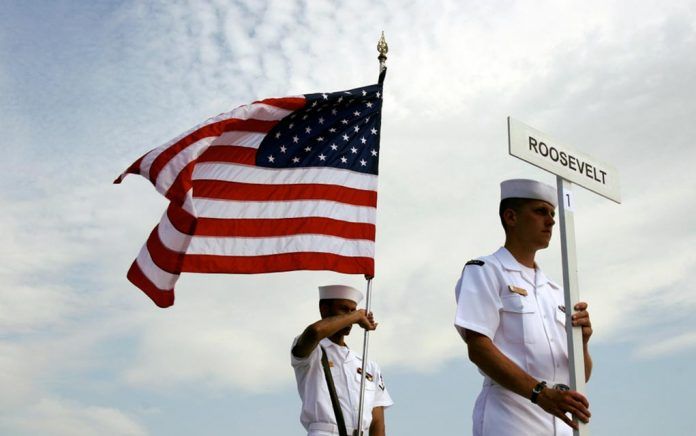 Michelle Obama Jumps Aboard the “Vote By Mail” Bandwagon

Pelosi Sides With WHO Over America: Claims Trumps Move to Halt Funding Is Illegal

AOC: Sexual Assault Allegation Against Biden Legitimate To Talk About

The Church as seen in Revelation
Smyrna – The Church in Suffering 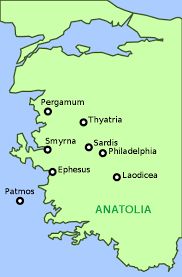 We are working our way through the seven churches in Revelation to see what God may be saying to the churches today through the Covid-19 pandemic. Click here for Part 1. In Revelation 2, Jesus is addressing the church at Smyrna, the center of the Imperial cult of Rome. Smyrna is the Ionic Greek word for myrrh, which was used at Christ’s burial (John 19:39). This church could be said to represent all the martyrs since it was facing intense suffering and persecution. Some were about to be killed for their faith. If that wasn’t bad enough, they were also poor and were being blasphemed by false Jews.

Jesus reminds them that that He is acutely aware of everything they were going through. He had endured the same things. He assures them that they are rich spiritually, and that’s what matters. They had the gold that had been refined by fire. Their riches in grace came when their patience brought forth its “perfect work” through their trials (James 1:2, 4). Their Lord’s reassuring words exhort them not to fear those false Jews who were Jews outwardly but whose hearts were clearly uncircumcised. By their rejection of their Messiah, they had shown themselves to be sons of the devil (John 8:44).

Jesus had previously called these pretenders liars because they had denied the truth of His deity, spread the lie that He had never risen, but the disciples had stolen His body, His miracles were performed in Satan’s power, and they had rejected all the miraculous displays performed in His name on and after Pentecost.

This church refused to become Judaized as many others had. Despite the great appeal of a beautiful temple, dazzling ritual, a priesthood ready to assume responsibility for them in divine things, Israel’s special relationship to God, the oracles of God that had been entrusted to Israel, these believers remained steadfast in their faith. Why had so many other churches given in so easily?

Judaism is more acceptable to the flesh than faith
in an unseen Lord.
An earthly “religion” is more attractive to a carnal heart
than a heavenly walk.

Their Lord warns them that the devil is about to throw some of them into prison, but they are not to be afraid because the evil one can only do what the Father allows. The devil had opposed Him, but look at all the good that came from what looked like a defeat. If they remained faithful even to death, they would receive the crown of life because of their unwavering love for Him (James 1:12). Since some would become too consumed with their trials to heed His words, He says, “He who has an ear…” Those who persevere and overcome to the end will not be hurt by the second death (Rev. 20:6). Here we see the chastening of the fires of Satan’s opposition. Some would stay strong to the end. Some would not.

All of the seven letters remind us that we are to hear what the Spirit is saying to all the churches, including yours. Does it have a biblical view of persecution, or does it teach that Jesus suffered so His followers wouldn’t have to (in spite of verses like 2 Cor. 1:5)? Does it have its own substitute for Judaism that is more acceptable to the flesh than faith in an unseen Lord? Does it promote an acceptable version of the Christian religion over a heavenly walk resulting from pure devotion to the Bridegroom? By the time we get to the last church, we will discover that the state of the Church before Christ comes for His own is not good. Every believer must seriously examine his or her spiritual walk while we still have time.

Lackadaisical: your condition when you’re out of dasicals