The cure for escaping “Christian mediocrity” has been God’s plan all along.

God’s Plan All Along 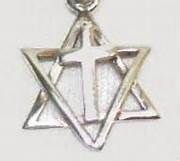 Part of God’s superabundant grace is the revelation that what you are experiencing isn’t just a wonderful moment in your life. Far from it! It is, in fact, the result of God’s redemptive plan for all of mankind from the day sin entered the picture. God’s desire was that one day your “experience” would be duplicated in every human being on earth. It’s part of the gospel that was to be sent throughout the whole world. Imagine what life on planet Earth would be like if every person had heard the message, believed it, and been set free! This has been God’s plan from the beginning.

Because of Adam and Eve’s disobedience, mankind has been cursed with a sin nature. Sin is part of who we are, and it’s our sin that has separated us from God. Remember, death is separation, so we are dead to God. God’s plan of salvation is His remedy to remove our sin so all of mankind, both Jews and Gentiles, could be restored to an intimate, loving relationship with Him. As we have seen, His plan also included a solution for man’s need of righteousness. The Bible is an account of how God implemented His solution through human history in a way that revealed His endless love for man even while he was deep in his sin.

God’s plan was to form a new nation, one ruled by Him. Through this nation He would show the world what righteousness looked like and would display the wisdom of living according to God’s righteous standards (Deut. 4:6). God would reveal His love for all people through this unique nation called Israel.

This nation began with a man named Abram. God promised to make Abram’s name great and to make him into a great nation in the land which He would show him. Through one of Abram’s descendants, all the families of the earth would be blessed. That descendant (Jesus) would be God’s ultimate solution to man’s sin problem. God’s only requirement of Abram was that he would simply believe in God, and trust Him to keep His promises.

When the time was right, God established the Law for His new nation, Israel, and its people, the Jews. This Law revealed the righteousness of God, His standards for righteous living, and the certain consequences of disobedience. The Jewish people vowed to live according to every detail contained in the Law. God knew they would fail miserably because they were powerless to overcome the sin within them. The whole point of the Law was to reveal their inability to live according to God’s standards and to drive them to God’s ultimate solution-faith in God’s Son, Jesus, who would supply the righteousness they lacked.

Despite their failures, God’s chosen people refused to believe they were as bad and as powerless as God said they were. They had convinced themselves that they were actually upright and respectable, and that God would save them because of their special status as recipients and keepers of His Law. They were determined to prove that their own righteousness would make them acceptable in God’s eyes, showing God that He was wise in choosing them.

Even though God had singled out the Jewish people as His own, His plan of redemption had always included both Jews and Gentiles. The Jews would serve as an example of how every man’s own righteousness could never overcome the power of sin. Then, when all the elements of God’s plan were in place, it was time to implement the final phase. Since righteousness and sin couldn’t coexist, sin had to be removed before righteousness could come. Because of God’s own righteousness and justice, He had to punish sin once and for all, but He loved His people so much that He couldn’t bear the thought of allowing them to endure the punishment their sins deserved.

His solution was to send His own beloved Son in the form of a human baby. He would be fully man and yet fully God. Because He was perfect righteousness, He would become the perfect sacrifice for the sins of the world. Although He fulfilled all the righteous requirements of the Law, He was never under it or subject to it. He was its fulfillment. The Law had pointed to Him. He would be the perfect sacrifice for Jews under the Law. Their sins would be transferred to Him and He would die in their place. Since Gentiles were never under the Law, He would serve as their substitute. He would bear the sins of both Jews and Gentiles. He would die in their place, but as we have seen, He would not only bear their sins; He would become their sins. When He died, their sins would die.

Since sin (which had separated man from God) had been removed, God and man were reconciled. The remaining issue was the righteousness mankind desperately needed. The failure of the Jews to keep God’s laws had confirmed God’s declaration that the righteousness of the people always had been and always would be like filthy rags, forever tainted by the remnants of sin (Isaiah 64:6). There was only one solution:

God must supply His own righteousness.

The effects and benefits of Christ’s sacrifice of Himself on the cross, including the gift of imputed righteousness, were now available to anyone, Jew or Gentile. The Law had served its purpose in showing man’s inability to meet God’s standards. His efforts to attain an acceptable righteousness of his own had been a pathetic exercise in futility. Having fulfilled its purpose, the Law was abolished. God’s solution had been displayed on a cross.

What Must We Believe?

So, how does a person today receive God’s salvation and the gift of righteousness? Jesus made it clear when He said, “He who believes has everlasting life” (John 6:47). Everyone in the world wasn’t automatically saved when Jesus died and was raised, only those who believed. But what must a person believe? He must believe that Jesus, the infinite, eternal God-Man, became his substitute, paid his sin debt with His own life on the cross, and was raised from the dead on the third day after His death. Jesus also said that He would give the right to become a child of God to anyone who received Him-that is, anyone who believed in His name-everything about Him and His character (John 1:12). But just what does it mean to receive Jesus?

This is where I believe the “Christian community” has done a great disservice to those whom God has drawn to Jesus (John 6:44). We have failed miserably to explain (or to believe) the depth of the transaction that takes place when a person receives Jesus. To say that we are born again (saved) when we “receive Jesus into our hearts” gives the wrong idea. It suggests that we are adding Jesus to us, welcoming Him into our lives. It suggests that now we have Jesus to help us on our journey to be a good and productive Christian. We have finally found what we have been looking for. Nothing could be further from the truth.

The Bible makes it clear that no one seeks God (Rom. 3:11). People come to Jesus only because the Father has drawn them (John 6:44). God takes the initiative, not us. No one becomes a seeker unless God has already drawn him. It’s all God’s doing by His grace. God does the giving because we’ve got nothing worthwhile to contribute. According to Rom. 3:12, we’re all hopelessly worthless and useless.

A Work in Progress?

We present “receiving Jesus” as if it means that His presence in our hearts begins a supernatural makeover to shape us up, to make us presentable, acceptable, and mature. We ask for His help because we know He’s got a lot of work to do, and the process may take a lifetime. We see ourselves as a work in progress. One day we’ll have been made right. One day we will finally become completely righteous. Oh, what a glorious day that will be!

This must bring tears of sadness to our Lord. This doesn’t even come close to revealing the real transaction of “receiving Jesus.” This belief (receiving Jesus into our hearts) reveals that we are just like the Jews who sought a righteousness of their own (Rom. 10:3). We think we can attain an acceptable righteousness with some help from Jesus. Salvation, however, was not about making the most of who we were through a God-assisted spiritual makeover.

God’s plan was one of complete replacement.

Next week we’ll conclude our study in NOT I BUT CHRIST, tying up the loose ends, grading the quiz, and making a decision to escape mediocre Christianity once and for all.