Things are heating up across the pond, but who’s paying attention?

After Man Spray Paints Lincoln Memorial, He Finds Out Trump Was Serious About 10 Years In Jail 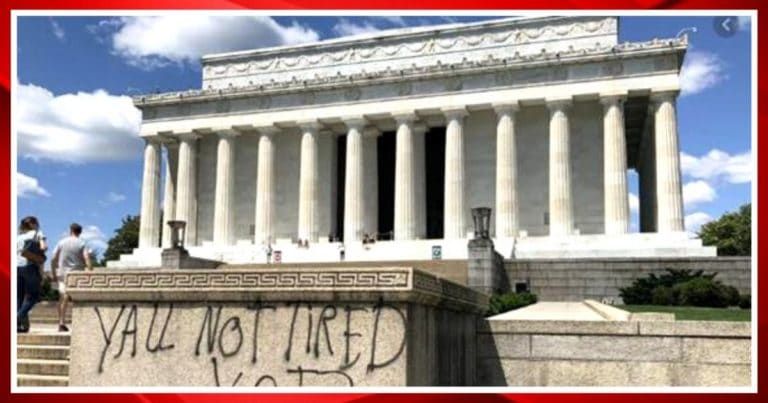 Tucker Carlson: New York Times Is Planning On Revealing Where My Family Lives To Injure My Wife And Kids

Every Player on Yankees and Nationals Kneel Before Star Spangled Banner 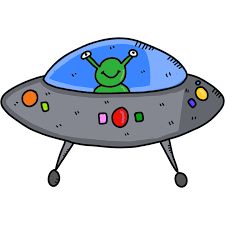 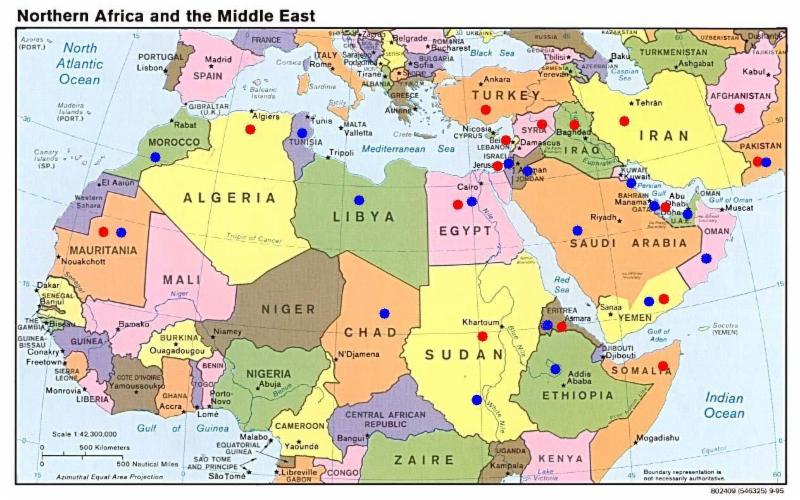 While all the recent focus has been on the fallout from the Coronavirus and Black Lives Matter, significant events in the Middles have gone largely unnoticed or under-reported. The muscle-flexing by Turkey and Iran are actually causing many Arab Muslims to see Israel as an ally against the two non-Arab Muslim leaders in Turkey and Iran. (Turkish President Erdoğan is of mixed non-Arab ethnicity while Iranians are Persian.) These Arab Muslims are uniting and know they need the power of the Israeli military and intelligence gathering community to guarantee their survival.

A weapons embargo has been placed on Libya. No nation or party is permitted to import weapons of any kind. This has not stopped Turkish President Erdoğan who has begun to fulfill his aspirations of regional hegemony. His goal is to seize control of all areas once belonging to the great Ottoman Empire. He sees himself as the Sultan who will reestablish the Caliphate, establishing himself and his restored empire as the world’s supreme super-power. Ignoring the embargo, He sent weapons into Libya in a civilian cargo ship escorted by Turkish naval vessels. When the French Navy tried to inspect the cargo ship, the Turkish Navy fired of them, sending them back to wherever they came from. Incensed that a fellow NATO member would act with such hostility, France took the matter directly to NATO. When NATO failed to take action, France bombed several Turkish outposts in Libya. Italy has responded by sending troops into the area. The point is that Things are heating up in Libya, but who’s paying attention? Not the news outlets. They’re too focused on BLM and protests.

Despite all his aspirations, Erdoğan is in trouble at home due to Turkey’s struggling economy. In desperate need of funds, he has visited cash-rich Qatar to procure the billions he needs to continue his expansionist plans in Iraq, Syria, and Libya where Turkey’s chief-of-staff is now located to lead the war effort there. Meanwhile the Turkish army is attacking in northern Iraq, while Turkish rebels are doing the same in northern Syria where Assad’s forces are divided. Some have aligned themselves with the Shiites, others with the Russians.

In Yemen, Iran is spreading “surface to sea” missiles along the Persian Gulf. In Lebanon people are starving and the economy is tanking, largely due to the presence of Hezbollah, whose presence has prevented any investments from foreign nations. The people of Lebanon know that Hezbollah is their greatest problem, not Israel or the U.S. Meanwhile, Iran is determined to keep their proxy poised at Israel’s northern border.

In April Iran unsuccessfully attempted to hack into Israel’s water treatment system to poison the water by raising the chlorine level. In response, on June 26, the first of five large explosions severely damaged key elements of Iran’s nuclear program by activating one of Iran’s own missiles, destroying everything in its vicinity. One of the subsequent explosions destroyed Iran’s “next generation” centrifuges necessary to enrich uranium to the required level. It is estimated that Iran’s ballistic missile program has been set back approximately a year. As the value of the Iranian rial continues to plunge to new lows and the annual inflation rate approaches nearly 90%, they can’t help but want to execute immediate revenge.

The US and Israel are the usual suspects in these cyber-attacks, as they were responsible for Stuxnet, a malicious computer worm, that reportedly ruined almost one-fifth of Iran’s nuclear centrifuges in 2010. Iran is certain that Israel was behind the recent explosions, and has threatened to attack Israel’s cyber headquarters at Beer-Sheba.

Shortly after the explosions, the U.S. embassy in Baghdad came under rocket fire which was successfully repelled by an undisclosed technological weapon. In a very unusual manner, within 24 hours, the US issued two separate warnings. One to Iran and one to Hezbollah, warning them not to take any action against Israel or the US forces in the Middle East. Despite all th3 bluster, Iran is becoming a joke in the region as it appears so weak. The Iranian regime can’t wait for the November 3rd elections in the US. They want Trump out because they know the Democrats will revive the nuclear deal and money will start flowing into their empty pockets again.

Farther east, we have the global ambitions of the Chinese Communist Party. The General Secretary Xi Jinping now speaks openly of building a form of socialism that is superior to capitalism. His goal is to replace the American dream with the Chinese solution and to surpass the United States as the world’s preeminent technological superpower. His recent treatment of Hong Kong is a preview of coming attractions. In Russia, President Putin, the consummate opportunist, is poised to step into any volatile situation, as He has done in Syria and Crimea, to expand his own empire. The list goes on. The face of the entire world is changing at a spectacular and undeniable rate. But are we paying attention? Are we understanding the times?

While each “King of the World” wannabe has a unique plan, they all have something in common. They are all hypocrites and liars, relying on deception to mask their true intentions. This was true of Mohammed and it’s still true of his followers. It’s especially evident in our country these days. Consider the gross hypocrisy of the blue state lockdown politicians and all those pushing Black Lives Matter. In the Covid crisis, every politician and media pundit who lectured us about the necessity of an indefinite lockdown had a secure job that they made sure was considered “essential.” They had (and still have) absolutely no fear that they or their employer will go bankrupt. Regarding BLM, they have demonstrated that only certain black lives matter, and topping the “Don’t Matter” list are unborn black babies. Paul’s warning to Timothy has come to life before our very eyes as never before:

But the Spirit explicitly says that in later times some will all away from the faith, paying attention to deceitful spirits and doctrines of demons, by means of the hypocrisy of liars seared in their own conscience as with a branding iron…(1 Tim. 4:1-2),

Wars and rumors of wars. The hypocrisy of liars. Lawlessness. Love grown cold. We’re there, folks.

Ever since my friend, Angie, started working at the library, her life has been an open book.