The whole idea of two Gospels sounds sacrilegious, but a close look at Scripture may require you to rethink some long-held beliefs. 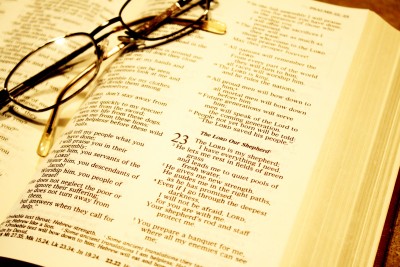 This is one of those articles that reflects the spiritual adventure I have been on for the past few years-an adventure that has challenged many of my long-held beliefs. When I was first introduced to today’s topic, I was skeptical and confused. How could there be two gospels? It seemed heretical, but as I continued studying, it made sense. The whole idea of dual gospels fit perfectly with Paul’s Unique Message which I posted on January 7. If you take a moment and review it, today’s message will make more sense. Stay with me as I make my case that God gave us two different gospels for two different groups, one heavenly and the other, earthly, both dependent on the blood of the cross, both according to Jesus, and both by faith.

One Gospel was preached by Christ on earth prior to the cross and was addressed. exclusively to national Israel regarding her Millennial Kingdom (on earth). In the words of Jesus, “I am not sent but unto the lost sheep of the house of Israel” (Matt.15:24). This is clearly seen in Matthew’s Gospel which was directed exclusively to the Jews of Jesus’ day. This is why the Gospel preached by John the Baptist, Jesus, and the Apostles was regularly referred to as “the Gospel of the Kingdom” (Matt.4:23; 9:35; 24:14; Mark.1:14; Luke.9:2,6). Don’t be confused by the term “Kingdom of Heaven.” Once again, it refers to Israel’s Millennial Kingdom on the restored earth after the Great Tribulation. This is the time that the will of God will be done on earth as it is in heaven (Mt. 6:10). It had nothing to do with Gentiles and was earthly focused. It says nothing about Christ’s death and resurrection.

The other, the heavenly, “new creation” Gospel (of 1 Cor. 15), was revealed and ministered to Paul by the glorified Lord Jesus (after the cross) from heaven. It was exclusively to and for His chosen heavenly Body-the Church. The uniqueness of this gospel is seen as he closed his letter to the church at Rome (Romans 16:25) -his glorious exposition of the significance of Christ’s sacrificial death and resurrection. Here Paul refers to it as “my Gospel.” Its separateness from national Israel is implied In Gal. 2:7 where he affirms that the “Gospel for the uncircumcised (non-Jews)” had been committed to him.

This gospel, often referred to as “the Gospel of the Grace of God, “was neither preached nor mentioned until Paul was sent forth to declare it (Acts 20:24; Rom.3:21-28; Eph.3:1-3). It was for anyone who would believe in Jesus, and had nothing to do with national Israel. In fact, the glorious heavenly Church has no relationship, no continuity, with anything prior to the Cross, nor after the Rapture when the door to the church is closed forever.

This Gospel-Paul’s heavenly Gospel, is exclusively for the Church, and it is complete, lacking nothing. It has no need not go down to earthly Israel for anything! Why should a heavenly citizen, “blessed with all spiritual blessings in heavenly places in Christ,” need to leave heaven in order to receive some “spiritual” blessing from comparatively poor Israel? 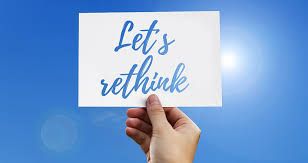 You can see why this understanding has forced me to re-think much of what I had placed in a nice and tidy (but erroneous) little package. My faulty conclusions resulted from my failure to look deeper into the reason so many different terms were used in Scripture when describing topics like kingdom and Gospel.

Similarly, “Gospel” is used in many different phrases including “the Gospel,” “this Gospel,” “Gospel of God,” “Gospel of Christ,” “Gospel of His Son,” “Gospel to the uncircumcised,” and most notably, “my Gospel” (used exclusively by Paul), “eternal Gospel” found only in Revelation, and “Gospel of the kingdom.”

All this becomes a little clearer when we realize that the earthly Gospel as preached by Jesus, the Apostles and John the Baptist concerned Israel’s Messiah and His kingdom. This was repeatedly referred to as “the Gospel of the kingdom” (in Matthew, Mark, and Luke). The other, “the Gospel of the Grace of God,” wasn’t preached, or even mentioned, until Paul came on the scene declaring it (Acts 20:24; Rom. 3:21-28; Eph. 3:1-3).

Upcoming articles in this challenging series will delve deeper into the differences between these two Gospels.

Always keep your words soft and sweet, just in case you have to eat them.