Why will Israel be under the Law in the Millennial Kingdom? 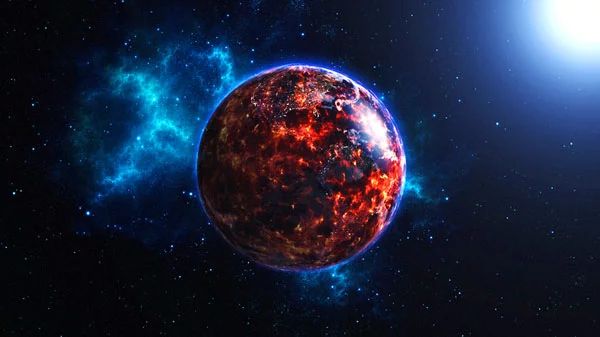 The Kingdom of Heaven on Earth
Under the Law

Last week we looked at what the Millennial Kingdom is and why it is often referred to as Israel’s Millennial Kingdom. Today we’ll look at the shocking fact that during the Millennial Kingdom, national Israel will be under some form of the Law (Ezek. 36:27; Isaiah 2:3). However, it will be in light of its fulfillment in Jesus. During this time, Israel will be operating under her New Covenant. Having been purged and cleansed, those comprising national Israel would be given a new heart and a new spirit-God’s Spirit. God would enable the people to keep His ordinances (Ezek. 36:27).

In other words, God would give them the power to Keep His Law, something they never had before. With a new heart, they could finally love as God intended and could understand what His Law was really all about. It wasn’t about keeping a list of rules. It wasn’t about looking good on the outside. It was all about treating others the way you want them to treat you (Mt. 7:12).

Even if God provides to His covenant people what is necessary to keep His Law, it still seems strange that God would re-institute it. There must be something we’re missing. Gentile Christians often focus so much on the fact that we are under grace, not law, that we fail to see the beauty the Law contained. Perhaps we should seek to discover why the psalmist said, “O how I love Thy law. It is my meditation all the day. Thy commandments make me wiser than my enemies, for they are ever mine” (Ps. 119:97). Perhaps the answer lies in His purposes of the Law.

Purposes of the Law

The Law served many purposes. First, it was given to reveal the holiness of God (1 Peter 1:15-16) and to expose the sinfulness of man (Gal. 3:19,22). In other words, God’s holiness revealed in the Law became the test of man’s thoughts, words, and actions. Anything short of this was sin (Rom. 3:23). The Law also revealed the standard of holiness required by a holy God if His chosen nation was to enjoy fellowship with Him. He didn’t only demand obedience: He desired fellowship. With the holiness issue settled, the Law was to lead the people to Christ so they may be justified by faith, not by keeping the Law (Gal. 3:24).

Then there’s the unifying effect the Law had on Israel as a nation. It served as Israel’s “national constitution” (Exod. 19:5-8). God redeemed His people out of Egypt and then taught them to walk by faith (which they occasionally did). When they voluntarily submitted themselves to the Law, God established them as a nation. As such they were to be separate from all other nations so they could become a kingdom of priests and a light to the world (Exod. 31:13; 19:5-6).

An additional reason the Law was given to redeemed Israel was to make a way for forgiveness of sins and restoration of fellowship. The five offerings in the first seven chapters of Leviticus does just that. In Leviticus 23 the feasts of the Lord made a provision for His redeemed people to worship Him. In Deuteronomy 28 God described how He would bless His people if they obeyed His conditions. The Law thus became a standard that revealed if a person was rightly related to Him. This would determine if that person was truly part of His kingdom. Finally, the Law was given, not just to lead people to Christ, but to reveal Him. The truth regarding the person and work of Jesus, Israel’s Messiah, was woven throughout the Law (Rom. 3:21-26).

Now that we better understand the purposes of the Law, it’s easier to see why it will continue through the Millennial Kingdom. It was part of Israel’s identity and was God’s chosen means to reveal Himself, His holiness, and His peoples’ complete dependence on Him if they were to walk in righteousness and holiness. The Law was a good thing, and when obeyed, accomplished all the purposes just listed. For a thousand years, national Israel would do just that, only because God had enabled His people to keep it.

At this point, it’s helpful to see the difference between God’s relationship with national Israel and His relationship with the Church. Members of the Church have been given the gift of the Holy Spirit to enable the resurrected (heaven-based) Christ to live out His life through them. This is a heavenly, vertical relationship that brings the oneness Jesus spoke of in John 17 and Paul described in Romans 6. It’s all about the believer’s identification with the risen Christ. For national Israel, the Holy Spirit is given to enable them to obey the Law. Their relationship with God is earthly and horizontal, and their identification is with the Law.

A good pun is its own reword.