1288. Dems’ Quotes + Responding to the Persecution

With the election so close and things getting more bizarre every day, I decided to change up my normal Saturday format by presenting an assortment of old and current articles regarding Joe Biden and Kamala Harris. We know what to expect from Donald Trump and Mike Pence, but we may have forgotten or missed what the Democratic candidates have said and done not long ago. 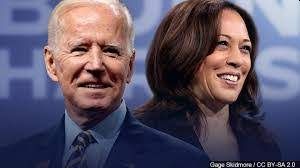 Biden Gives the Middle Finger to Every Single American: “I Respect No Borders”

WATCH: Biden Says Taxpayers Have Obligation to Give Healthcare to Undocumented Immigrants

Seven Times Joe Biden Lied About Things He Claimed He Did

Joe Biden Claims the Worlds Leaders Want Him to Save the World – Sure, Joe, Sure They Did

WATCH: Biden Says Not A Whisper of Scandal In Obama Admin. Hereâ€™s 15 He Forgot About

WATCH: Biden Tells Crowd That Trump’s Strong Economy Is All Because of Obama – & HIM

Kamala Wants to End “Gender Wage Gap,” But There’s A MONSTER Secret She Doesn’t Want Getting Out

When Will Race-Baiting Kamala Harris Acknowledge She Is A Descendent Of A Slave Owner?

REVEALED: CNN President Once Did Kamala Harris A Big Favor – No Wonder They’re In the Bag!

Gun Confiscating Presidential Candidate Kamala Harris: “I Will Take Executive Action On Guns If I Am President”

Last week we looked at how social justice has become the new morality and how race is being weaponized by those pushing for a one world government. Today we’ll look at how we should respond to our “new reality.”

How Should We Respond?

Now that we have a better understanding of who and what we’re up against, let’s consider how we are to respond. In the coming days, those whose faith has not been tested will likely give in to fear. Those who are not yet convinced of God’s unending love for them will focus on the difficulties and forfeit God’s rewards. Our Heavenly Father has been preparing those who are truly His for such a time as this. He has proven that He honors uncompromising faith, especially in difficult times. Every time we pass the test, we are better prepared for the next one. It took twenty-five years of testing before Abraham was ready for his greatest test-sacrificing Isaac on Mt. Moriah. Yet he became the father of a great nation and the father of the faithful (Rom. 4:11). Consider the life of Daniel. He refused to compromise on numerous occasions and God honored him by elevating him to a position of second in the entire kingdom of Babylon (Dan. 2:48). The life of Joseph shows a similar outcome (Gen. 41:40).

God loves to reward His children-those whose focus is on bringing glory to Him, especially in difficult situations. He loves it when His children are so secure in His eternal sovereign love and care for them that they are willing to take the greatest leap of faith in their entire lives, leaving the results in His hands.

Because he has loved Me, therefore I will deliver him. I will set him securely on high because he has known My name. He will call upon Me and I will answer him. I will be with him in trouble. I will rescue him and honor him. With a long life I will satisfy him and let him behold My salvation (Ps. 91:14-16)

It is this loving compassionate God who is also sovereign over all. He has already determined what will happen and how it will turn out. It’s all written in the Book of Truth (Dan. 10:21). Daniel learned that the God he served was in complete control over everything-fire, lions, armies, you name it. Nothing can change what He has determined-no force, no amount of evil, no cunning plan…not even Satan. He knew that nothing took God by surprise because everything had been written down. It had been pre-determined by His Sovereign Lord, and that gave him unquenchable hope. It wasn’t up to kings, the rich and powerful, or even fate. He learned to approach the rest of his life from a position of victory.

When world events make us fearful, we must remember that our Heavenly Father, the One who has chosen and adopted us, establishes and removes kings. He gives wisdom to wise men and knowledge to men of understanding. He is also able to humble those who walk in pride. (Does anyone come to mind?) Remember what happened to Nebuchadnezzar (Dan. 3:33).

While we don’t know what’s written in the Book of Truth, we can and should know what the prophets have written regarding what lies ahead, and that too should give us hope. It’s been written down for our benefit. For whatever was written in earlier times was written for our instruction, that through perseverance and the encouragement of the Scriptures we might have hope (Rom. 15:4). This is why an understanding of biblical prophecy is essential for our survival. God has told us what lies ahead so we are prepared and not fearful when evil leaders arise. Knowing that they’re simply acting out the pre-recorded heavenly script should give us hope.

We’ll need this kind of hope when things get rough, and they will. While believers will not go through the horrors of the Tribulation, the days before we’re raptured won’t be a walk in the park. We will need to have already learned to walk by faith and not by sight-faith in spite of how things look or feel. Knowing what to expect will help greatly. God alone knows all the details, but He has revealed in the Bible what we need to know about things to come. He has withheld some things-things He doesn’t want to reveal just yet-things that will require unwavering faith.

We all have had to endure life’s trials and difficulties, but we here in America have never had our faith tested like our brothers and sisters in other parts of the world. We are about to discover if we have the faith of Daniel. We are about to discover if we are truly bond-slaves of Jesus-followers or just fans. Yet, this can be the most exhilarating and exciting time of our lives.

Next week we’ll look at what Jesus had to say about defending ourselves. You may be surprised (Part 5). 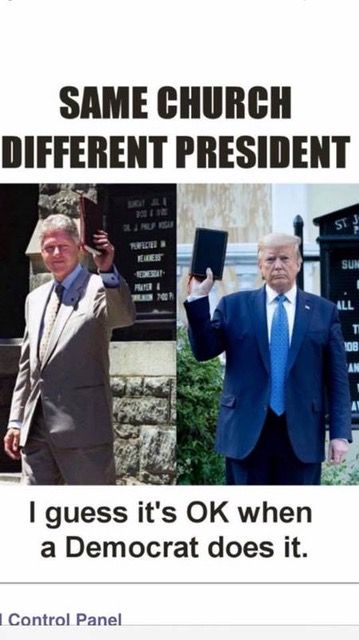