Knowing the difference between the significance of the blood and the cross is essential if we are to grasp the message of Paul’s Gospel.

THE BLOOD AND THE CROSS 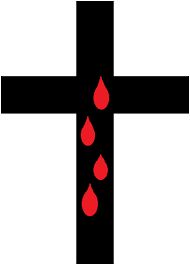 Now that we have a realistic perspective on our personal righteousness, let’s take a look at the differences between the messages of the blood and the cross. Yes, there is a difference. While it’s conceptually possible to live a sin-free and holy life by continually walking in the Spirit, it’s not going to happen as long as we’re stuck with these uncooperative and unredeemed bodies. We can, however, spend less time in the flesh and more time walking in the Spirit. We looked at this in the previous post, but here we’ll examine how the cross enables is to live out the righteousness that has been reckoned to us. This is the part of the gospel that has yet to be embraced by most Christians.

So, let’s take a look at the different messages of the blood and the cross. Let’s start with the blood. We are forgiven because of Christ’s shed blood on our behalf. We get this part. His blood also maintains our standing before God and cleanses us from all unrighteousness (1 John 1:7). To understand the message of the cross, we must remember that Christ’s blood never cleanses the flesh. It can’t be cleansed, fixed, or improved. It is beyond hope. It must be crucified (Jer. 2:22) so it can be replaced with something much better. This is the work of the cross-Christ’s atoning death, as distinct from “the blood.” (Check out your answer to question 12.)

Once again, it’s one thing to be forgiven of our sins, but unless something is done about sin itself, we’ll be fighting a never-ending battle against it, never gaining the victory. Cutting off the supply at its source would be a game-changer, and that’s just what God did at the cross. There Christ accomplished more than just taking our sins upon Himself. He actually became sin (2 Cor. 5:21). Therefore, when Christ died, our connection to sin died. At the cross, the power of sin over us was broken and annulled. The Greek word for annulled means “put out of business.” While the old man (the manifestation of sin in our old life) would live on in the flesh, its power over us was broken, once and for all. With sin’s power source put out of business, it is no longer our master. We are free to serve another-Christ. We now have a choice.

We can choose to return to the old life with its lusts and passions. The old man is still there, waiting to take charge, but he has no power to do so unless we give it to him. Or we can choose to walk in newness of life, allowing Christ to actually live out His life through us. We do this simply by walking in the Spirit.

Please don’t assume you are walking in the Spirit just because you are a believer, because you speak in tongues, are known as a spiritual leader, or any other illusion you may be hanging onto. The church at Corinth abounded in the gifts of the Spirit, yet according to Paul, it was the most carnal church he had ever seen. A tree is known by its fruit, and the evidence of a “Spirit-filled” person is a consistent display of the fruit of the Spirit as outlined in Galatians 5:22.

The blood declares us “not guilty.” The cross declares that sin’s power over us has been destroyed.

As long as we live in these unredeemed bodies, we’re going to sin, so we won’t be faultless. One day, however, the Church will be presented “faultless before the presence of His glory with exceeding joy” (Jude 24). Then we shall be sin-free because we shall be exactly like the sinlessly perfect One with bodies changed into the likeness of His glorious body. In the meantime, though we cannot be faultless, we are called to be blameless (Phil. 2:15).

To see the difference, imagine a young boy writing a loving letter to his parents. It’s full of misspelled words and grammatical mistakes. It’s far from being faultless, but it’s certainly blameless. Similarly, God doesn’t blame us for the temptations that come from indwelling sin, but we are to blame when we choose to give in to the flesh now that its power over us has been broken. As someone once said, “We can’t stop a bird from landing on our head, but we can keep it from building a nest in our hair.” We are responsible to appropriate the victory that God offers over all conscious sin.

To sum up, Christ’s shed blood purchased our forgiveness and our justification, for as Scripture says, without the shedding of blood there is no forgiveness of sins (Heb. 9:22). Christ’s death (on the cross) brought an end to sin’s power over us. We are no longer slaves to sin. Now we are free to become slaves to righteousness (Rom. 6:17-18).

You may think you’re your own man or woman and that you’re not enslaved to anyone or anything, but God, through Paul, says otherwise. The truth is that we are slaves to whatever or whomever we obey (Rom. 6:16-19). We have only two choices. We can be a slave of sin or a slave of righteousness. One leads to death, the other, sanctification. Choose wisely. 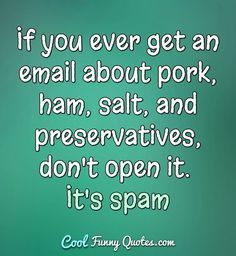