Look Who Just Got Nominated For The Nobel Peace Prize- This Is INSANE!
Evidence Becoming Clear That Trump Did Not Incite Violence in Capitol Incursion
Maxine Waters: Trump “Absolutely Should Be Charged with Premeditated Murder”
Dems Begin Working On Biden’s Gun Ban Bill!

Biden Looking to Kill Off 80% of America’s Energy Industries

SETTING OUR MINDS ON THINGS  ABOVE

The State of America 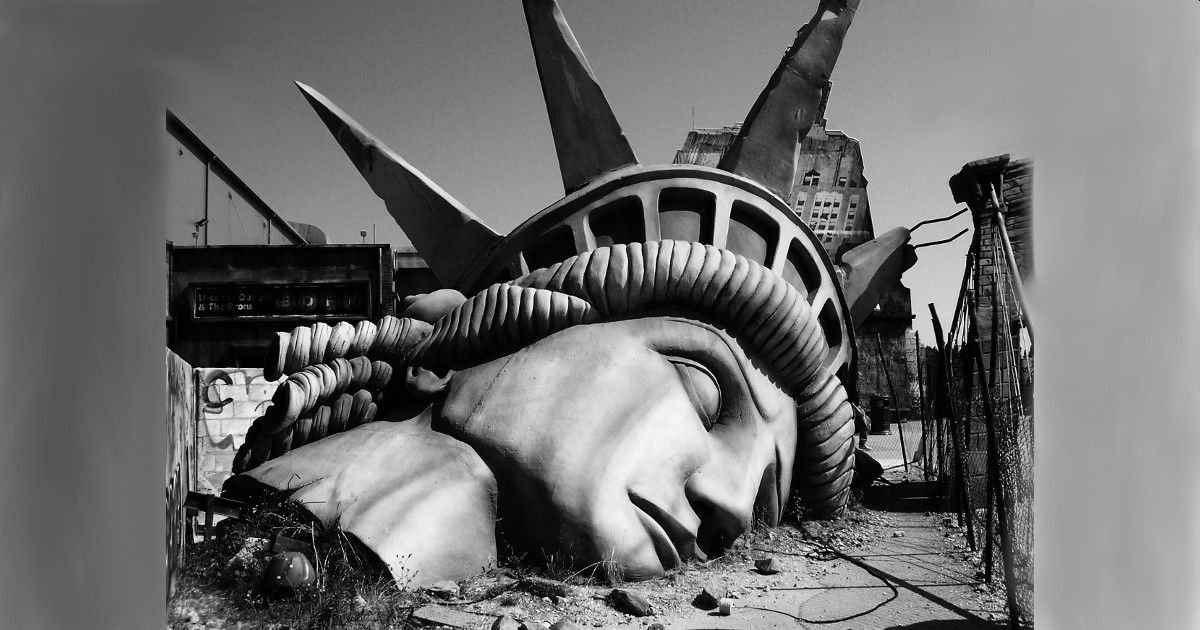 This is one of the most sobering articles I have ever written. Lately, I have been commenting on why things are as they are in our nation. As I read through the news articles every week to select the top 15-20 to post, I am struck by the speed with which our nation’s morality is sinking and its lawlessness and hatred are growing. What used to take a generation now takes perhaps a year. We are spiraling downward at a frightening pace.

As I have written before, I believe our nation is currently under the judgment of God as He has given us over to our lusts and passions. He has allowed us to reap the consequences of our desires. Romans 1 is being played out before our eyes, and the demise of cultures and civilizations begins with rejecting the God who had made Himself known to all men everywhere. God says there are no atheists, only those who refuse to honor Him and suppress the truth that they know full well.

A Lesson from History

Arnold Toynbee (1889-1975) was a British historian, author, and philosopher of history. Among his many works was a study of 22 civilizations known throughout history. Of those 22, 19 collapsed when they reached “the present moral condition of the United States.” He arrived at that conclusion a generation ago. Let that sink in. Do we think that could never happen to us? What happened on 9/11 was unthinkable…until it happened.

Yes, it’s true that we were founded as a Christian nation. We have exported the gospel through missionary efforts like no other nation. Christianity in America has been instrumental in the establishment of hospitals, the Red Cross, the YMCA, nursing societies, relief agencies for the poor and disaster victims, and on and on. America has produced world-renown theologians, preachers, and evangelists, and the undiluted Word of God is being taught across our nation. (You have to diligently search for these churches, but they do exist.)

Do we really think the glories of our nation’s past will offset the decadence of the present? The British Empire once extended across the globe. Today, Britain, as with the rest of Europe, has abandoned its rich history of true reformers and gospel preachers and is now well on its way to coming under Muslim control. When you abandon God, He will remove His hand of protection. The same delusion that led them to think they could spit in God’s face has led them to be oblivious to the destruction that is not just at the doorstep, it’s in the house.

America is next unless God intervenes. Islamists are so certain of their victory that they have publicly revealed their plans. Ever since the Muslim Brotherhood began its “civilization jihad” against us, the goal has been that the United States of America would become an Islamic state by 2050. The plan has been clearly thought out and implemented. Through its front groups like CAIR and ISNA, the Muslim Brotherhood has infiltrated every nook and cranny of our culture to convince unsuspecting and ill-informed Americans that Muslims have become victims of unwarranted harassment (Islamophobia) and are due special rights and privileges. So, how are their plans progressing? Because things are worsening at such a frantic pace, I used to give them a 50/50 chance at reaching the 2050 goal. With the Democrats in the White House, I’d raise the odds to 70/30.

As was the case in Britain, once you dismiss God, you become oblivious to the ever-growing danger around you. You will believe the smooth-sounding speeches and the appeals to your compassion. You will elect Muslims to government offices because it’s the “in thing” to do giving no thought to the consequences. If Muslim are successful in reaching their goal by 2050, all non-Muslims in America will be forced to convert to Islam, to die a martyr’s death or to live as a dhimmi, a second-class citizen with very few rights, no privileges, and no power over your life. You will be forced to abide by the strict mandates of Shariah. This is not something I can dwell on. It’s too frightening.

I hope you will consider seriously where we are right now and what God is saying to you. Throughout history, horrible things happened because people refused to believe it could happen to them. This is exactly what happened to Israel despite the warnings of the prophets. They paid a heavy price.

Through all this, however, God’s promises remain intact as do His sovereign plans. This means that God will not leave us or forsake us, but it doesn’t mean we will be delivered from what’s happening around us. Think about what many of our fellow believers around the world endure daily. Persecution of Christians around the world has escalated to unprecedented levels. Fortunately, Church history has shown that the greatest growth (spiritual growth accompanied by power) occurs during the times of greatest persecution.

My upcoming posts will focus on the positive side of what’s happening. Next week we’ll look at how God may very well use the censorship of Christians and Conservatives to accomplish Christ’s prayer for oneness in John 17. Stay tuned.

A Sad Story with a Happy Ending

I have been wondering how Pfizer’s Covid vaccine made it to the top of the list where those of other companies didn’t. Was Pfizer wiser? To find out, I issued a challenge with a prize. A woman named Kaye Kaiser had the best explanation, so I awarded her a beautiful sun visor with “Pfizer’s Wiser” emblazed on it. A disgruntled employee claimed that she stole his answer, so he takes her to court where he tries her and denies her her “Pfizer’s Wiser” visor. A week later, a friend was at the dentist where she spies her (Kay Kaiser) with a painful incisor. Feeling sorry for Kay Kaiser, she subsequently buys her her very own “Pfizer’s Wiser” visor which she has to this day. Despite her legal setback, she was promoted to supervisor which seemed fitting.