We cannot understand Paul’s Gospel without understanding why a grain of wheat must die, fall to the ground, and be buried.

Unless a Grain of Wheat… 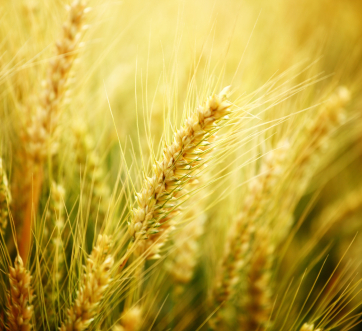 Since death plays such an important role in the complete message of the gospel, we probably should take a brief look at this perplexing and misunderstood subject. To set the stage, let’s examine a brief encounter in Jesus’ life just before He went to the cross. When some Greeks had requested to see Jesus, His response indicated that something much more important was at hand. The time had come for Him to be glorified. Knowing that no one would understand how He could possibly be glorified through what He was about to endure, He painted a mental picture for them. He said that unless a grain of wheat falls into the earth and dies, it remains by itself alone; but if it dies, it bears much fruit. He further explained that anyone who loves his life would lose it, but if he hates his life in this world, he will keep it to life eternal (see John 12:20-26).

Most likely, all who were listening were scratching their heads, wondering what in the world He was talking about. It made no sense. He then further confounded them by saying that if anyone desired to serve Him, he would have to follow Him where He was about to go. Only then would he be able to remain with Jesus and be honored by the Father. Just as those who heard His words then didn’t get the point, so, most Christians today remain confounded. What a contradiction to human logic that something must die to come to life! Jesus’ message says that unless this grain dies and is buried, it remains alone. Clearly, His message wasn’t about wheat, but what was He saying to us? It really shouldn’t be a mystery. He conveyed the same message when He said to His disciples, “If anyone wishes to come after Me, let him deny himself, and take up his cross, and follow Me” (Mt. 16:24). Paul took it a step further in his letter to the church at Rome in which he explained in detail exactly what Jesus meant.

Jesus was saying that what was going to happen to Him would have to happen to those who chose to follow Him. He was about to die. In the Bible, death doesn’t mean ceasing to exist. It means “separation.” Death, therefore, brings a separation from something or someone. He was about to be separated from His Father for the first time in all of eternity. For three days He would become as the entire human race had been since Adam-separated from God. If, however, He was willing to die, He would be glorified when He would be raised to an amazing new life.

So, how are you to follow in His steps? Before you were born again, you were separated from God. You needed to be united with Him. This happened when Jesus died for you. Since your sins were the cause of your separation, you were restored to God when Jesus removed them by shedding His blood on your behalf. If you are born again, this is a completed transaction-a done deal. As wonderful as this is, a serious problem remains.

The problem is that while your sins have been forgiven,
sin itself still resides within you.

As we have seen, this was one of Paul’s discoveries in Romans 7. He wasn’t the one doing what he didn’t want to do. It was sin dwelling within him. In previous posts, I have tried to make the point that while you can’t eliminate sin’s presence, you can end its power over you. Since sin manifests itself in your “old man,” your old man must be crucified with Jesus. It must die. Since death is separation, you must be separated from sin which resides within you. You must become like the grain of wheat. Unless you are willing to let your old life be crucified with Jesus, you will remain as the grain of wheat that has yet to die and be buried in the earth. You will remain alone, separated from the eternal life of Jesus. Your life and Jesus’ life will remain separated. You will still be “in Christ,” but you will continue to live your own life in the power of the flesh, never experiencing all the blessings of eternal life. Since sin resides in your flesh, you must face another stark reality:

You have been forgiven of your sins,
but sin still has you in its grip.

Next week we’ll look at the reason why sin still has so many Christians in its grip. 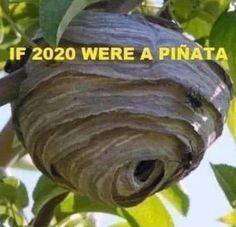