Where death once reigned, grace is now king. Does your life indicate that you are living in the kingdom of grace? 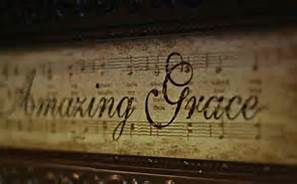 This is a follow-up to last week’s article about the heresy of Christ keeping the Law for us. According to Romans 5:20, the Law came in alongside (of sin) that the trespass (of law) (the act of law-breaking) might abound. As we saw in last week’s article, the Law was not given to either Adam or Jesus Christ. After sin had been spreading throughout the world for 2500 years, the Law came on the scene exclusively for the nation of Israel.

God’s purpose was that vain self-confident Israel (as a public example for us all!) might see God’s standard for themselves as descendants of Adam, promise to obey it, and fail miserably. Through the failure of their own fleshly efforts they would come to see that their sin was more powerful than their desires to obey. Once they came to that realization, God would show them how much they needed His grace and just how super-abundant His supply of grace was. God’s purpose was all about a new kingdom, a kingdom of grace. Where sin had reigned as king, grace would now reign as king through the righteous work of Christ on the cross unto eternal life. The result was that where sin abounded, grace overflowed.

For those who think that God’s grace was seen only in the New Testament, think again. God applied His grace to the people of Israel as soon as they started breaking the Law. Instead of cutting off Israel as a nation, God appointed Moses a mediator; and when sin came to a climax when the Jews crucified their Messiah, the Lord’s words were “Father, forgive them.” He will yet forgive them at His Second Coming, taking away their sins and “bringing in everlasting righteousness.” Grace will yet overflow for Israel, nationally, as it has now overflowed to us as individual sinners, both Jews and Gentiles.

The point for us today is that grace now reigns through Jesus Christ our Lord. Grace has its kingdom where death once reigned. Everything that needed to happen to restore mankind (Jew and Gentile) to a loving and intimate relationship was accomplished at the cross. The thing that had separated us from God, our sin, was taken out of the way. Having shown that man is incapable of meeting God’s righteous standards, He has done everything for us, and He continues the process as His grace is poured out on us every minute of every day.

This means that our standing before God has nothing to do with how well we have proved ourselves through our supposed righteousness. Christ in us is our standing. Believers need only to walk in the grace that God has provided. This should bring us great joy. If it’s not, it may be that you have yet to understand and appreciate all that Christ’s death, burial and resurrection has made available to you. Way down deep, you may still feel condemned.

To be justified (declared innocent), we must be cleared not only of our own sins, but of our condemnation in Adam. In other words, we must be cleared of the effects of sin itself. As explained in a previous article, the blood deals with forgiveness for our sins. The cross is where sin’s power over us was broken. Our old natures were condemned because they weren’t fixable. There was nothing worth salvaging. They had to die and be replaced with something better – the resurrected life of Christ Himself. If you’re still feeling condemned, it’s likely because you have refused to die with Christ. If you’re still allowing your old nature to rule over you, your feelings of condemnation are real and warranted.

Since Christ has been resurrected, we are to be connected with Him at the cross, both in death and life. When we acknowledge that we (our old natures) died with Him, we must also acknowledge that we were raised to newness of life with Him, and that this new life is His life reigning within us. This is why our justification is also called “justification of life” in Romans 5:18.

Won’t you come to the cross today and receive justification of life? Let grace reign in you as you enjoy your freedom from self-effort. Knowing that through Christ, God has done everything for you. He desires your love, not your best efforts. Let His super-abundant grace flow through you to minister to those around you. There’s plenty of grace to go around.

The only time the world beats a path to your door is when you’re in the bathroom.