When Jesus Sent His Disciples, just how did He send them?

So I Send You 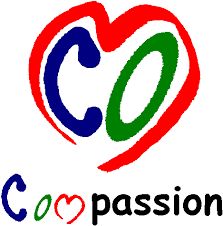 In John 20:19, we find Jesus showing Himself to the disciples shortly after His resurrection. In His glorified state, closed and locked doors were no problem. We don’t know whether He appeared through the doorway, through the wall, or just appeared. One minute He wasn’t there, and the next minute there He was. It’s no wonder His first words were, “Peace be with you.” He had their attention. After seeing His pierced hands and side, they rejoiced. Their Master was, indeed, alive. He repeated His greeting with a brief command, “Peace be with you. As the Father has sent Me, so I send you.” Then He breathed on them, saying, “Receive the Holy Spirit.”

Jesus never was into small talk. He always got right to the point. He gave them their assignment and the power to carry it out. As God had always done, He equipped the called. But what exactly were they called to do? Whatever it was, it was just as the Father had sent Jesus. His mission was clear. He came to redeem a lost world-a world full of sinners. He came to those in need, regardless of their station in life. He came as a physician to the sick, and the entire human race was sick, very sick.

This is true, but it doesn’t address the “as” the Father has sent Me part. Just how did the Father send Him? During a recent reading through the four Gospels, one word stood out. Compassion. Over and over I read that Jesus felt compassion for those He saw. He didn’t evaluate them to see if they were worthy of His help. Instead, He saw hurting people who desperately needed His healing and saving touch.

Yet, He always begins with compassion. He loves every person on earth, no matter how vile his or her actions. He hurts for them as He sees them struggling. He sees what they can become and grieves that they are so far from it. He deeply cares for them and knows their inner struggles. He knows where they’ll end up if they don’t change course. This is how He sent His Son, with the same heart of compassion for those the Father had sent His way.

“So I send you.” We have already received the breath of the Holy Spirit. We have been empowered. Because of the indwelling Holy Spirit, we can experience the personal feelings of our Savior and His Father. We can feel His agony over the spiritual condition of those around us. We can feel His compassion that drove Him to action. This is how Jesus is sending us, but are we willing? If we’re not, but we want to be, all we need to do is ask. Welcome to opposite world where we actually ask God to make us feel bad, bad to the point of agonizing over those around us. Bad to the point of tearfully begging God to open their spiritual eyes as we share the love of God with them. Bad to the point where we eventually enter into the unmatched joy when another soul is set free.

Are you willing to ask your Heavenly Father to share His heart-His personal feelings with you?

If at first you don’t succeed, destroy all evidence that you tried.