How do we walk with Jesus instead of simply learn about Him?

As We Walk with Jesus 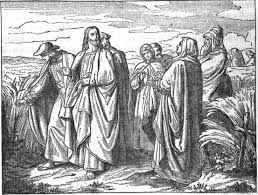 When Jesus appeared to Paul on the road to Damascus, the glorified Lord made it clear that Paul now belonged to Him. He had chosen Paul be His minister and witness. He was His chosen apostle, not to proclaim a message or a doctrine, but to enter into a personal relationship with his new Lord-a relationship that took precedence over everything else in Paul’s life. His life was to be devoted to a person, not a cause. He became Christ’s bond-servant.

Paul quickly learned that his new life was to be nothing like his former one. He probably used to love to discuss theological issues to determine who could intellectually defend his position with the greatest skill. His former life had been all about appearing religiously knowledgeable. Having the right answer was far more important than having the right heart. Whereas he (and his whole religious crowd) had sought recognition for their knowledge, now he must suffer for his Lord’s sake. He now found himself in opposite world.

He now had to unlearn most of what he knew and be re-programmed, but how? From what is recorded in Acts and Galatians, we learn that he didn’t seek out the leaders of “The Way” to consult with them. Instead, he and his new heavenly Master spent a lot of time together in Arabia before returning to Damascus. It wasn’t until three years later that he sought out Cephas (Peter) in Jerusalem. He didn’t return to the Holy City for over fourteen years, and he did so because of a heavenly revelation. My point is that Paul could only fulfill his new calling by coming to know his Master intimately.

This brief account of Paul’s calling should serve as a model for us. We are also called to become Christ’s bond-servants. He is to be our life, not someone we call upon when we need Him. Just like Paul, we are called to come to know Him intimately before we attempt to serve Him, but how? What does this process look like?

Too many of us are content with the assurance that we’re going to be with Him in heaven and we won’t suffer eternally in hell. But Jesus wants us to be with Him now. Others are content knowing about Him. These become Christian Pharisees who seek to be able to brilliantly argue points of theology. Others show their love through exhaustive service which eventually is exposed as religious activity.

We get closer when we enter into a discipleship program, learning to be a faithful follower of Jesus. In the first chapter of John we see the process in the lives of John and Andrew, two of John the Baptist’s disciples. When John the Baptist spotted Jesus he declared, “Behold, the Lamb of God!” Andrew and John immediately followed Him. Jesus asked what they were looking for. They asked where He was staying, and He responded, “Come and see.”

Here we have the key to developing a real and intimate relationship with Jesus-come and see. Sooner or later, we all must come to a place where discussing our spiritual walk isn’t enough. We must actually set out on the journey. We must see Jesus, go to where He is, and follow Him. Returning to the account in John, we learn that Jesus didn’t begin their joint journey by answering the many questions rolling around in Andrew’s mind. Instead, Jesus turned and began to walk. The answers to Andrew’s questions would come by walking with Jesus. This way, Andrew would also come to know Jesus’ heart, not just what He did and said.

As Christians, we are not called to understand a set of teachings. We are to follow a person-a person whose life dwells within us. We follow Him when we let Him lead, and we do that by walking in the Spirit. For most of us, this requires a mindset change. Every morning we must ask Him to lead us, but we must be willing to follow Him wherever He may take us. Our focus must be on Him, not on our circumstances, and our desire must be to get to know Him, not to learn more about Him. As His bond-servants, we will fulfill each mission only as we walk with Jesus.

The problem with the gene pool is that there is no lifeguard.