We know we are to be righteous, but what is it and how do we get it? 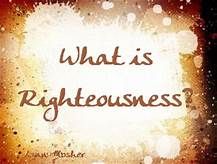 Most of us have two issues with the word “righteousness.” We’re not completely sure what it means and we misunderstand how we get it. The dictionary definition is “conforming to a standard of right and justice, virtuous and morally right.” Perfect righteousness is seen only in God. His righteousness embodies these things and more, covered in His holiness. That’s the easy part. We can grasp the concept if not the magnitude of perfect righteousness.

Now for the tough part-how do we get it. Most people seem to think we’re born with some measure of righteousness that can be improved by living according to some righteous standard. For some, that standard is what they see as good works-something society sees as beneficial to others. Others believe the standard is found in the writings of a great leader who claims to have found the path to true righteousness, peace, etc. Some will have concluded that the Bible contains the only true path to righteousness. It was written by God (through human authors) so it has divine authority behind it.

In reality, I doubt if many people ever actually take the time to consider their own righteousness, or lack thereof. We just assume that we’re a good person who does good things most of the time. We assume that the good in our lives outweighs the bad, but we know there’s always room for improvement, so there must be something we can do to increase our righteousness. Sound familiar? 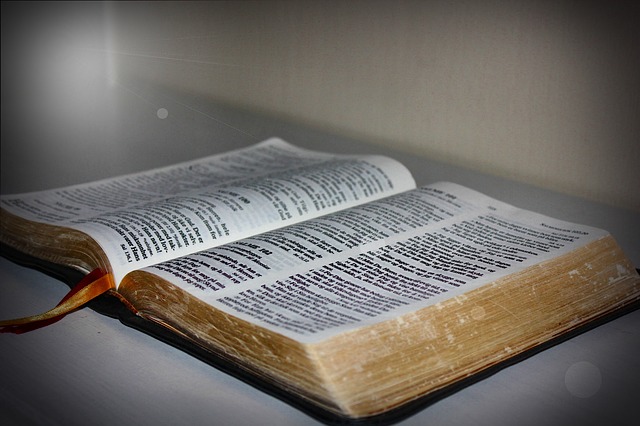 Begin with a false assumption and you’ll reach a faulty conclusion every time. If we believe that the Bible is our standard, we had better see what it actually says about us and our supposed righteousness. It says there is none righteous, not even one (Romans 3:10). When Jesus was addressed as “Good Teacher,” Jesus’ response was “Why do you call Me good? No one is good except God alone (Luke 18:19). This is confirmed in Romans 3:12: There is none who does good. There is not even one. So much for human goodness and righteousness. We have neither. So, how do we become righteous?

The first mention of a man becoming righteous is in Genesis 15:6: Then he (Abram) believed in the Lord; and He (God) reckoned it to him as righteousness. The Jews believed God chose Abraham because he was the most righteous person on the planet, but that’s not what Scripture says. Abram, who was renamed Abraham, did absolutely nothing to become righteous. The Law hadn’t been given yet, so there were no ordinances for Abraham to obey. God reckoned (accounted, considered) him righteous when he believed in the Lord. This is when Abraham became the Father of the Faithful-those who would trust in the Lord for their salvation-those who would receive salvation.

But isn’t salvation trusting in Jesus? Yes, and that’s exactly what Abraham did when he believed in the Lord. He believed in the gospel of Jesus Christ. That’s why God accounted Abraham righteous. Not convinced? Check this out:

There it is as clear as it can be. Righteousness comes to human beings when we place our faith in Jesus Christ. In a sense, God gives us His own righteousness in the person of Jesus Christ. The old person we used to be-the one with no goodness or righteousness, was crucified with Christ. The resurrected life of Christ becomes our new life by the indwelling Holy Spirit. It’s Christ’s righteousness that God now sees when He looks at us. We still have none of our own, only Christ’s. His righteousness becomes evident (is manifested) in us as we walk in the Spirit. If you’re struggling with the idea that Abraham knew anything about Jesus, consider this:

The Scripture, foreseeing that God would justify the Gentiles by faith, preached the gospel beforehand to Abraham, saying, “All the nations will be blessed in you” (Gal. 3:8).

For the icing on the cake, the promises of blessing were lodged in Abraham, and all conditions of blessing were fulfilled by Christ; and believers merely step into the line of blessing from Abraham through Christ. It is good to be born into a good family on earth; how blessed to be in the great family of faith, the family of God, along with Abraham! 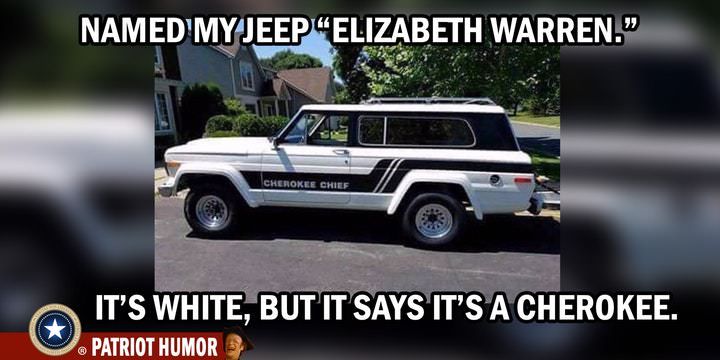