The meaning of surrender within Christianity and Islam couldn’t be more different.

Many Muslims and all Islamists would be quick to say that Islam is not a religion. To them, it’s a civilization (one that controls every part of your life, not just the religious part). If we fail to understand this, we will become easy prey for the propaganda and will become blind to the threat. Islam demands unconditional obedience from its followers. The rules and the punishment for offenders are so strict that “law and order” are easy to maintain, as long as everyone consents to surrendering their personal lives to the dictates of the civilization.

You are free to enjoy life since you know for certain that your salvation is secure forever. You know that your Master “has your back” and has your entire life in His protective and caring hand. By walking in the Spirit, you receive freedom from a list of rules you must obey. You are free to enjoy the blessing of knowing you are already accepted. You have nothing to prove. Everything pertaining to your identity in Christ and to life and godliness has already been taken care of. You are free in every way.

When a Muslim surrenders to Islam, he becomes a slave to a lengthy list of rules, regulations, and religious laws which he must strictly obey. He never knows if he has done enough, given sufficient alms, lived a pure enough life, prayed often enough and fervently enough. He can never know for certain whether he is headed for paradise or the fires of hell. He must keep performing and hope that Allah is in a good mood when judgment time comes. The only way he can be certain of paradise is to die as a martyr fighting for the cause of Allah, which includes killing as many non-Muslims as possible in the process. This, along with the promise of 72 virgins (if there are any left) is the best recruitment needed to recruit volunteers for suicide missions.

The Barbary pirates who captured and enslaved Europeans and Americans in the seventeenth and eighteenth centuries were simply carrying out the very clear mandates of their “civilization”—warring against the non-Muslim world to force a surrender. They attacked European and American ships with the same Islamic zeal as the nineteen hijackers on September 11, 2001. Click here for a brief article on how President Jefferson dealt with the Islamist pirates in his day.

Many people today are drawn to legalism with its rules to keep because it’s easier to follow a list of dos and don’ts than it is to cultivate a relationship. Christianity is all about an intimate relationship with Jesus. Islam is all about the rules. Christianity hopes to win souls for Christ so they can be free. Islam hopes to bring the entire world into submission to Islam.

The Apostle Paul’s primary desire was to know Christ and Him crucified. He understood what his freedom had cost his Master. In the world and in Islam, the slave suffers for the benefit of the master. In the Kingdom of God (true Christianity), it is the Master who suffers out of love for His slave. Christ, Paul’s Lord, had paid the ultimate price to win his independence from himself and everything in him that warred against his Heavenly Father. 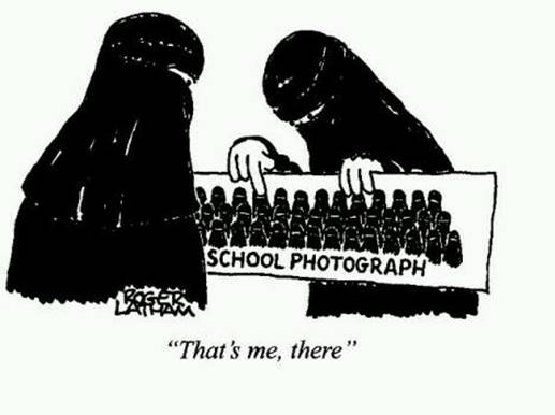