Iran may be pushing Islamic Jihad to challenge “Deal of Century”

The “Deal of the Century”: What are its key points? 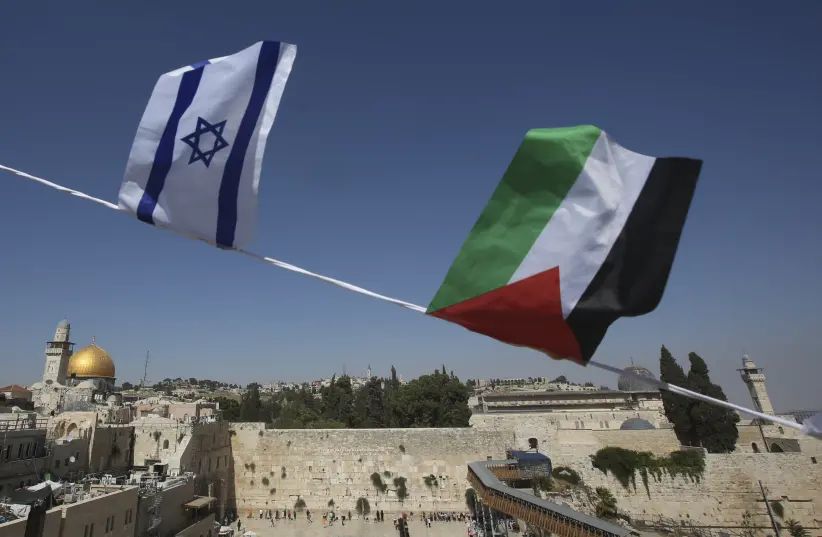 Reservations about the Trump Peace Plan

Implementing “Deal of the Century” and annexation put on ice – analysis

SETTING OUR MINDS OF THINGS ABOVE

Deal or No Deal?

The most significant news this week has been the unveiling of the “Deal of the Century.” The much-anticipated peace proposal has lived up to its hype, but also to many of our low expectations. Not surprisingly the Palestinians rejected it before it was even presented, as did Iran. The simple truth is that the only plan Israel’s Muslim neighbors will accept is one in which Israel ceases to exist.

Mladenov, the UN peace plan liaison shot it down primarily because it departed from the long-standing provisions of the ’93 Oslo Accords. This is laughable on multiple levels. First, when did any UN representative support any plan that Israel favored? More importantly, the Oslo Accords were a dismal failure and should never be set as a model for success. The following account reveals why the Oslo Accords resulted in no peace, and the role of the hudna when entering into an agreement with Muslims.

Hudna is an Arabic term for a truce meant to produce a period of calm with an enemy in order to gain concessions, regroup, rearm, and reattack at the appropriate time. This has been its purpose throughout Muslim history. Based on Islam’s understanding of Muhammad’s use of it, a Hudna could last as long as ten years.

Yasser Arafat relied on the term when he spoke about his commitment to the Oslo Peace Accords at a Johannesburg mosque a month after the signing. Not realizing that he was being taped, he boasted that the Accords were merely a way to facilitate his jihad against Israel. When confronted regarding his statement, he resorted to the traditional fallback. He covered his tracks by promoting the narrative that he was using the term jihad as a struggle against inner negative forces.

Arafat also made frequent references to the Treaty of Hudaibiyah, calling it a model for his own brand of diplomacy. The treaty was made during the early days of Muhammad’s regional power grab between the prophet (with his outmanned band of Muslims) and the Quraysh, the tribe that guarded the “holy city” of Mecca. Having been banished from Mecca to Medina, Muhammad and his followers were determined to join other Arabs in making the yearly pilgrimage to the pagan shrine known as the Ka’aba (the Square Building or the Cube). One day Muhammad received a revelation from Allah. He was to take heart. They would make the pilgrimage.

When they had made the 200-mile trip south and were attempting to sneak into the city by the Spring of Hudaibiyah, the men of Quraysh caught them, kept them out of the city, and shamed Muhammad in front of his men. They did, however, offer Muhammad and his men a rather sweet deal that became known as the Treaty of Hudaibiyah. Both parties agreed not to attack each other for a period of 10 years.

Despite the benefits for Muhammad’s smaller and weaker group of Muslims, the agreement brought humiliation and shame. The prophet’s followers were also disillusioned because their fearless leader had “rolled over” and agreed to the treaty. He had also prophesied falsely regarding their pilgrimage. Muhammad’s response was that he never said they would make their pilgrimage that year. He meant some year.

He went on to declare that they had actually won a great victory. We have seen this reenacted over and over in the clashes between some Muslim faction or nation and Israel. Despite the defeat, no matter how sound, they still declare victory. Two years after signing the treaty, Muhammad broke it by attacking and overtaking the city of Mecca.

This is just one reason why negotiating with Muslims is a bad idea, especially for Israel. God has already made a covenant with Israel regarding her land. Any other agreement is sheer folly.

Acupuncture is a jab well done.