Evangelism that stresses what Jesus has done for us misses the point.

If I be Lifted Up 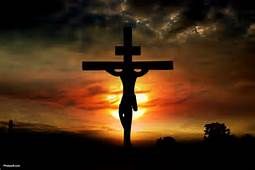 In our “Me First” world, we make everything about us, including the gospel. Our testimonies are about what Christ has done for us – what we are like now compared to what we used to be. While what we proclaim is true, Jesus came to earth to redeem the entire world. His mission was the restoration of His Father’s Theocratic kingdom on earth. Adam had been His earthly ruling representative, but when Satan had caused him to sin, he snatched that authority away from Adam, seizing it for himself. At that moment, the pristine world God had created became corrupt, filled with sin and death.

Jesus Christ came to earth to undo what Satan had done, destroying Satan and his works while restoring the earth and mankind. Jesus’ ultimate mission was to bring universal glory to His Father by proving His Father’s (and His) superiority over His adversary, Satan, as God’s theocratic kingdom was re-established. This is what the Millennial Kingdom is all about. Our salvation is a by-product of this. The changes in our personal lives are the result of Jesus’ work in bringing glory to His Father, but we make it all about us.

Today’s verse redirects our focus to Jesus. We are to lift Him up, not the new version of us. Study Paul’s letters and you will see that he discusses personal experience as an illustration, never as the focus of the gospel. It is about a person (Jesus) much more than the results of what He did (in us). Even in his discussion of our co-crucifixion and co-resurrection with Christ, it is Christ who is exalted, not us who are beneficiaries. Read his letter to the Colossians and you will come away with a greater picture of the supremacy of Christ over everything in the universe.

To claim that Jesus endured the agony of Gethsemane and Calvary to make me a saint misses the point. The object of His mission was the entire world. Our “saintliness” is a by-product. As today’s verse says, we are to lift up Jesus so He can continue to draw people from all over the globe to Himself. How it must grieve Him when we come to Him time after time asking for things for ourselves – things to be added to our lives or things to be delivered from.

Paul seemed to get it. We seldom read of him asking for anything for himself. He was focused on lifting up Christ as he proclaimed His gospel. He had fallen in love with his Lord. He had become His bond-slave. He was all about his Master’s business and nothing else. It didn’t matter what happened to him. His life was relevant only as it lifted up Jesus, the One who had set him free.